WRITING: YOUR STORY DETERMINES YOUR PLAN

Dylan Brody, renowned writer and comedian – and founder of Active Voice Productions, will be teaching writing as a means to self-discovery and self-expression as it applies to business.

THE TOOLS YOU ALREADY HAVE: How writing and the creative process already burns within you and how much humans instinctively know about storytelling. Invention is wholly natural.

THE CRUSHING URGENCY OF MORTALITY: Why your self-expression matters to the world. This segment explores Active Voice Productions’ core mission, the activation of the creative and inventive triggers of individuals at an inflection point in the species’ history.

WHAT’S REALLY BEEN STOPPING YOU: Why writing, creating and learning new things is inherently anxiety-producing and how to embrace that sensation to overcome the blocks that rise up in our creative paths followed by a final breathing exercise.

GET GOING WITH THIS WORKSHOP, WHERE YOU CAN GET CLEAR ON YOUR STORY AND GET ANSWERS TO YOUR MOST PRESSING QUESTIONS ABOUT WRITING

DYLAN BRODY IS ONE AMERICA’S LEADING HUMORISTS AND STORY TELLERS 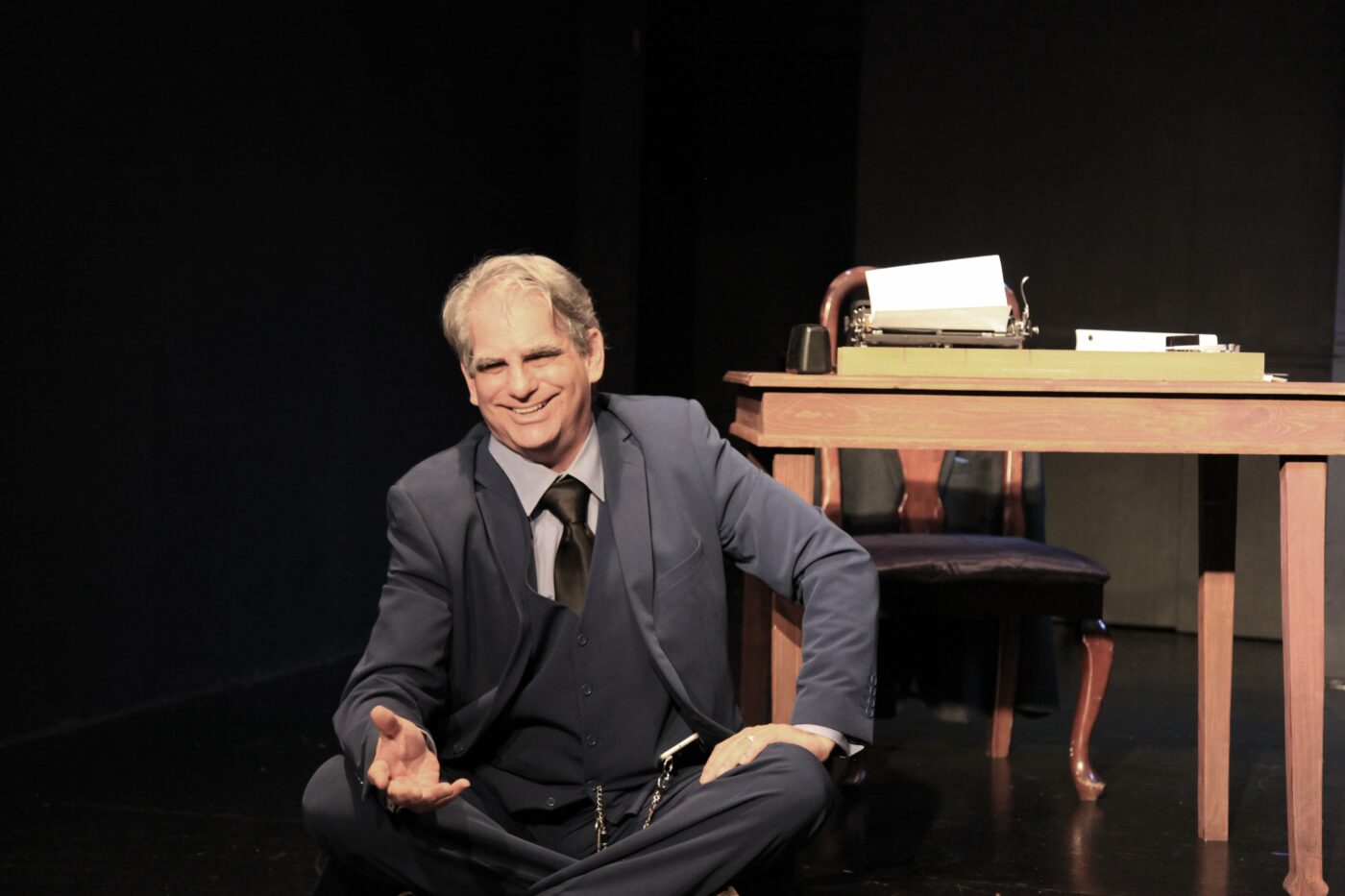 With fans that include comedic legends such as Carl Reiner, Robin Williams, Paul Provenza, Elayne Boosler and Richard Lewis, and an ever-expanding repertoire of witty and profound tales of his journey through life that are unique, yet utterly recognizable to everyone, Dylan has earned a reputation as one of America’s fastest rising storytellers. As of Summer of 2018 he also holds the title “Filmmaker” following the direction of his first feature film, an experimental art film/post-modern romantic comedy starring Paul Provenza.

“The writing is brilliant.” -Robin Williams

Dylan’s newest full-length, stand up-style story-telling special, Corner of Starbucks and Christopher Street found a perfect home at Revry.tv. The one before that, Dylan Brody’s Driving Hollywood has been licensed by NextUpComedy and is now also available on the Amazon streaming platform. Blue Panther Productions contracted with Mr. Brody to work with director Nancy Carlin to develop the show as a fully realized, theatrically staged solo show that toured internationally in the Spring of 2017. Earlier specials included More Arts/Less Martial, available from Rooftop Comedy and The Wereshmuck: Transformations of a Moron for the now defunct Anteye.com.

Mr. Brody has performed regularly for the David Feldman show on KPFK(Pacifica Radio) in Los Angeles., The Drive with Steve Jaxon on KSRO (Sonoma County) and was a regular contributor to John Rabe’s OFF RAMP on KPCC. His material runs on XM/Sirius Satellite Radio’s comedy channels, Pandora and he contributes to the Huffington Post and Daily Kos. He has written for dozens of comedians, including Jay Leno, who has used Brody’s work in his monologues on NBC’s The Tonight Show and has placed stories in all the most recent issues of the burgeoning magazine of American humor, The American Bystander.

“Dylan Brody’s work is the right kind of clever, the kind that takes good care of you along the way, having kept you so well entertained, you don’t know that you just bought yourself some darned good advice, while you were at it.” -Rick Overton

In 2005, Dylan won the Stanley Drama award for playwriting. He is a thrice-published author of fiction for the Young Adult market with one of his books, A Tale of a Hero and The Song of Her Sword finding a place in the curriculum at several public schools in the U.S., earning him a yearly influx of poorly written fan letters and e-mails to which Mr. Brody diligently replies.

He has appeared on A&E’s Comedy on the Road, FOX TV’s Comedy Express, and Showtime’s The Green Room with Paul Provenza. In 2010, Dylan appeared in the George Carlin Tribute at the New York Public Library, hosted by Whoopi Goldberg, featuring Anne Meara and Jerry Stiller, Ben Stiller, Kevin Smith, Louis C.K., and publisher Lewis Lapham, among others.

In early 2007, Dylan Brody’s Thinking Allowed, brought long form humor and insight, literate and literary, to a broad-based audience. The first all story-telling program ever in the venue, the show enjoyed a successful six month run on the main stage at the Hollywood Improv.

Dylan has worked in venues all over the world, sharing the stage with some of the comedy world’s biggest stars including: Adam Sandler, Dennis Miller, Jon Lovitz, Larry Miller, Norm McDonald, Louie Anderson, Richard Belzer, Larry David, and Jerry Seinfeld. He has appeared at M.I.T., at Sarah Lawrence College’s vast Reisinger Concert Hall and served as Northfield Mount Hermon School’s first ever Artist in Residence.

This workshop is for new entrepreneurs, solopreneurs, and freelancers with flair whose businesses are in crowded industries and seek to harness the power of language, story and confidence to maximize impact with minimal effort. Presented by Dylan Brody, a critically acclaimed master storyteller and a certified Master in the martial arts.

He approaches comedy as literature. […] I find everything he does as equally meaningful as it is whimsical; and as intelligent and unique as it is immediately relatable and recognizable.” -Paul Provenza

Did you know that Dylan Brody is also featured in the District Bliss Online Academy?

In this collection of six guided breathing exercises, designed to work together, Dylan helps you banish blocks, tame anxiety, and tap into the wellspring of your unbridled creativity.

Find a new sense of calm that relaxes and accelerates your writing process, and allows you to get out of your own way and just write — creating more freely, confidently, and authentically as yourself.

1 — The Light at the Center of the Darkness

OR you can simply select one of the breathing exercises to listen to!

Not an official member of the District Bliss community? Click here to become a member and get ALL the good stuff!